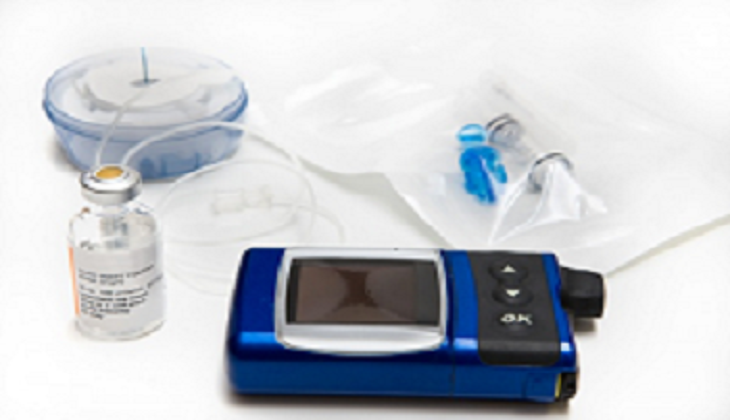 Diabetes has affected about 77 Million Indians, according to a 2020 study by the International Diabetes Federation (IDF). India is home to the second-largest number of people suffering from Type-1 Diabetes after the United States of America. Type-1 Diabetes has seen a rise in the number of cases especially in the last 3 years, with a trend of 3–5% increase/year. Type-1 Diabetes is a chronic condition where there is little to no Insulin produced by the Pancreas. This condition has often seen an early onset in patients even as young as 3-5 years of age.

There has been considerable innovation in this field for the treatment of Type-1 Diabetes with artificial Insulin injections and Insulin pumps. These insulin pumps are electronic devices that supply Insulin; so far, the insulin pumps have been with a tube that goes under the skin and delivers the insulin.

INSULET has now come up with its on trial OMNIPOD 5 which is a revolutionary Automated Insulin Delivery System. The brief working of the device on trial is, The OMNIPOD 5 system combines a tubing-free insulin-filled delivery "Pod" with the DEXCOM G6 continuous glucose monitor and an algorithm built into the Pod connecting the two devices via a smartphone app to semi-automate insulin delivery.

Currently, in the market there are only two Artificial Insulin Delivery (AID) Systems:

Tandem’s Control-IQ & Medtronic’s MiniMed 670G and 770G. If approved by the U.S. Food & Drug Authority, INSULET OMNIPOD 5 will be the third device, yet the first device to be tubeless and the first Artificial Insulin Delivery device to be controlled with a smartphone.

Clinical studies conducted on both adults and children showed that in children, the mean glucose level had decreased considerably more than what had decreased for adults. This could be actually more beneficial as this would encourage treatment for the condition at an early age. Further studies among the youth and adults also show promising results in the reduction of Hypoglycemia.

The senior Vice President and Medical Director of INSULET in a press release, had praised his team’s efforts to make a close-loop insulin delivery system for the treatment of Insulin-Dependent patients, as this tubeless device would enable the patients to continue their active life, as in a tube AID system, there is always a chance that the tube can get entangled and become loose. The fact that it is tubeless and easy to monitor via a smartphone will get parents to opt for this once approved by the FDA.

Finally, for a nation such as India, where there is a continuous rise in the number of new cases for Type-1 Diabetes especially among the younger generation, such devices would be a lifesaver to both the patients and their loved ones, especially for a working adult as this tubeless system would not hinder their active professional and personal life.

In Additional news, the FDA has given EoFlow - a South Korean company - a fast track designation for its own device that will be a close competitor to the OMNIPOD 5 as both cater to the closed-loop delivery of Insulin.