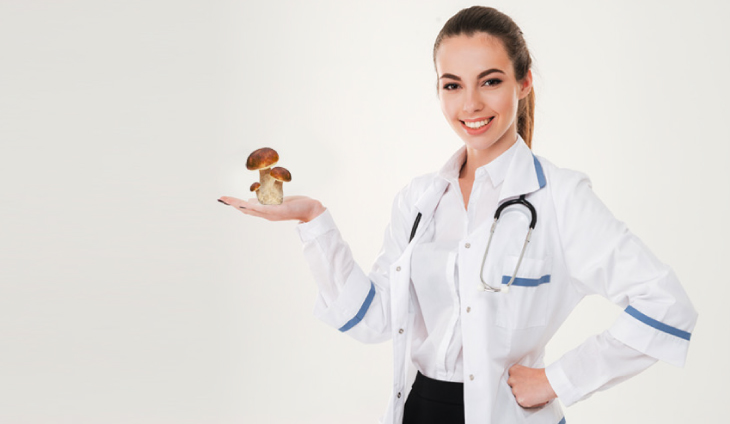 Mushrooms - The perfect source for immunity

Mushrooms are fungi that have a plant like form, which grow in damp and dark places, whose soil has a high rate of decaying organic matter. Mushroom is the reproductive part of the fungus and instead of dispersing seeds; it disposes spores, thus giving the definition plant-like structure. Mushrooms are of many types and sizes but broadly speaking, they are divided into edible and poisonous mushrooms.

Mushrooms initially were added in food as an ingredient that adds flavour to the cuisine, but a lot of research has gone into the uses and health benefits of mushrooms since the last 50 years. Mushrooms are basically naturally occurring anti-oxidants. They are natural stress relievers and provide immunity from heart ailments. The Crimini Mushrooms are the most common and popular mushrooms found in the market that are rich in Zinc.

Mushrooms are found to be rich in selenium, containing 12 micrograms in 100 gram serving. It is an essential ingredient found in traces across our diet. Selenium is essential for providing antioxidant protection and DNA synthesis. Further lack of selenium leads to muscle and joint pains and unhealthy hair. The National Institute of Health recommends 55 micrograms on a daily basis of selenium for adults. It is known to be an important dietary supplement for people suffering from Hashimoto’s disease. Mushrooms like Shiitake Mushrooms are known to have rich amount of beta glucans, which is a soluble dietary fibre that helps improve cholesterol levels further helping in reduction of sugar levels and controlling diabetes.

Mushrooms are also rich sources of Copper, Potassium & Vitamin B – Riboflavin, Pantothenic acid and Niacin, which play an important part in circulation system, Nervous system and digestive system of the body respectively.Mushrooms raised in the presence of open sunlight are found to be rich in Vitamin D and copper, thus forming an important component for bone development. Mushrooms are so rich in immunity boosting components that their extract is used for developing prescriptional medicines. In medicinal research, particularly for cancer treatment, many research projects from across the world involve mushroom as an anti-tumour and anti-cancerous agent.

Mushroom forms a very important component of a balanced diet that one cannot ignore anymore to maintain a healthy lifestyle. Several tests and researches are conducted on whether mushrooms can be a good deterrent to COVID like diseases in the future. China is the country with the highest per capita consumption of mushrooms in the world and research on its medicinal usage has only boosted its consumption in USA and Indian markets.